By now, we all are well aware of the Great Indian Parody called Commonwealth Games that looks anything but positive. Be it completion of venues, athlete training, merchandising, advertisement, publicity, etc. You name it and we can be pretty much sure that it would be running behind schedule. In one sentence “we have messed up!”

To amend the above line, “We have messed up big time!”

It is in fact incredible to read the catchphrase of 2010 CWG which says, ‘Come out and play’ and I’m compelled to ask ‘Where?’

After all this fiasco involving crores of money being siphoned and financial irregularities of titanic amounts, what bothers me most is the emergence of concern from all various strata of the society. 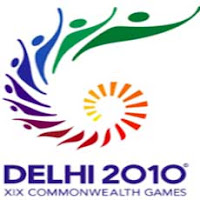 Firstly, our political class. Two years ago, in the run-up to the Games, the authorities were indulged in the now infamous ‘austerity’ measures. Apart from the recent parliamentary elections, austerity was one of the many reasons (read: excuses) for the delay in the implementation of the Games plans (if any). The politicians feared being associated with the ‘expensive Games’ as it would tarnish their ‘austere’ image. They sat on the agendas and books required for the Games paperwork thus delaying the process of actual launch. But it didn't stop the very same lot from filling their merry pockets.

Secondly, our media which is happily playing whistle-blower for majority of their screen-time don’t justify their concern per se. I say so with alacrity as they too are guilty of being a bit too late in reporting the real-time development or the lack of it. They pounced on the topic when the situation was pretty much out of hand.

Thirdly, we, the common citizens, denizens, netizens who show our outraged disappointment now were hardly following the preparations, neither raised our voice when it was much needed. We can harp for hours on the infrastructure failure but the fact remains that we espoused the very path of ignorance like is our wont.

We have failed India because we couldn’t judge the aspirations of Young India. We failed to maintain a balance between social welfare and empowerment of our poor while delivering on the multi-sporting events. I can only sincerely hope CWG proves me wrong.
Posted by Shakti_Shetty at 10:24 PM No comments: Links to this post

The state of Urdu

For starters, Urdu is the official state language of J&K. However clichéd it may sound, State of Jammu & Kashmir is a land of varied cultures, languages, and ethnicities as rest of India is. Precisely, J&K can be classified into three different regions namely Valley region, Jammu and Ladakh, each having a distinct identity of its own. Agreed Valley and Jammu are intermingled thanks to ‘Kashmiriyat’ but serene Ladakh has been quiet, composed and aloof since ages.

Now, as far as my knowledge regarding linguistic composure of J&K goes, Kashmiri is the lingua franca of the Valley region and Dogri language being predominantly spoken in Jammu region whereas Ladakhi being spoken in Ladakh. This arrangement exists among the sea of other Dardic, Tibeto-Burman and Indo-Aryan languages in this complex state.

Now, my question is where does Urdu fits in this vexed arrangement. Urdu is not a native language of J&K. Urdu is an eloquent and refined Indian language that finds its roots in Persian and Sanskrit and largely spoken in the Indo-Gangetic plains down south of J&K. Urdu was once the court language of the Mughals. Even when the Mughals reined Kashmir, they didn’t impose Urdu on them. Persian was encouraged then. In fact the rich literature Kashmiri has, is the consequence of such assimilation, it went through time and again. In fact, it’s the only Dardic language with any sort of literature present today.

In the end result, by deciding Urdu as the official language of diverse J&K, the policy makers escaped the dilemma in choosing a more native language for such designation. Besides, this prevailing arrangement complicated the minds of the people of this state and has further estranged them from us. When Home minister P. Chidambaram says in the Parliament that he feels pain for the people of the valley and state as they are part of us, I doubt whether it echoes from the other side of the core. The policy makers in both Delhi and Srinagar have made a lot of follies in their deeds towards the subjects of this state.

I won't go into the political baloney (enough has been said about it with no end solution in sight) but this grave mistake with regards to the cultural policy of this state is awry and has been haunting and will continue to haunt Delhi and the whole state of Jammu & Kashmir for a very long time ahead.
Posted by Shakti_Shetty at 9:02 PM 2 comments: Links to this post

When a citizen says s/he is independent, what exactly are they trying to imply? That they are free to do anything of their wish? Or that they are no more under colonial cloud? Or just that they feel good about the way things are running around them?

Maybe, all of the above. Maybe, none.

Independence is just an idea. Like everything else, it too begins and ends with you. That’s a very simplistic way of looking at things and even foolhardy, in most cases. We discuss independence with only human society in general. We don’t consider the animals and the birds and reptiles and others who “live”. And that’s exactly where we lose the right to be pointy on matter of related to independence. You see, excluding humankind, every other living is predominantly independent because they can afford so. But human society had long lost the virtue of independence. Maybe we left it in the caves, in search of better living conditions. 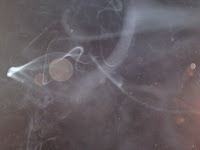 My point is, we are NEVER independent; physically, emotionally or in any other sphere of relation. We can never be independent. The very fact that we are not on the list of endangered species yet (but are gladly putting others on it!) proves the reach of our interdependence.

I find it rather trivial that we celebrate “Independence Day”, not “Freedom Day” because if we look at it, the colonizers were dependent on the colonies, not the other way around. The colonies just wanted them to empty the room which didn’t belong to the colonizers in the first place.

Either you care about independence or you don't. Either way, it doesn't matter.

P.S. If you are reading this tripe, please forgive me for being naive. I sympathize with your loss of time. Honestly.
Posted by Shakti_Shetty at 4:20 AM 3 comments: Links to this post