A weekend to remember

Here I am. Bryan Adams was here, too. I mean, in the city. For a concert. There were thousands of bulbs (fans is a depreciating word). I was there, too.

It was one heck of an event. Being someone who literally grew up listening to his songs, I'm glad I attended it. Besides, it was also my first open air gig. On any given day, I'd hate crowd but on that particular evening, I begged to differ with myself. Classical concerts in a packed auditorium soothe your nerves but this was something else.

When you're in a faceless event as such, no one recognizes you and you are just another aficionado or worse. You gradually seep into a maddening rush to be part of an experience that it doesn't matter even if the person standing beside you is howling, whistling or throwing his limbs into whatever space available. It is as if you were just part of something big, something much bigger than you. I know I must be sounding exaggerating as usual but trust me, it was beautiful. Especially for a bonafide-weekend- hikikomori like me. Additionally, I wonder if a gig could be so adrenalinistic, how would a revolution with all its charming protests feel like. No surprise, Arab countries are having the time of their life out on their streets. 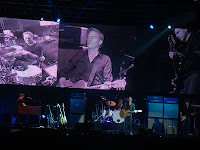 And yes, how can I forget Bryan Adams? The guy is 51 but will stay 18 till he dies. He had this aura of a stage performer and a sandpaper voice that didn't betray a chord. He crooned almost all his hit songs with his trademark guitar in hand. What struck me was the sheer power a musician of his stature holds. He asks you to hold your cellphone high so as to lighten up the ground a la full moon night and you gladly oblige. He goads you to join him in the song and you shout at the top of your throat in your frog-kissed voice without a care. That's what I loved about the whole thing. You are free in spite of being trapped in swarm of strangers. There must be thousands of singers out there but not everyone can get people involved. A good performer never does it alone. He makes sure the audiences are invited in the party. I can go on and on about Bryan Adams. Maybe it has a lot to do with the fact that I've never seen an international singer perform before. Whatever it is, I can still go on and on about him. He duly deserves it. Plus, his crew, especially the guitarist Keith "Fastest Fingers" Scott, was damn lively. Interestingly, whenever they displayed Keith's lightning fingers strumming on the big screen, people turned quiet due to undeniable electric awesomeness whereas Bryan's voice brought the spoilt schoolkids in us out. Again.

Amazing as it was, there wasn't any sign of fatigue or boredom. It was indeed a weekend to remember and *helped* in churning out an usually positive post, for a change.

In related news, I must stop cribbing and start going out more. Not.

Posted by Shakti_Shetty at 7:51 AM 6 comments: Links to this post

I talk a lot about life. And death. And everything that mingles in between. But I mostly stick with life. It’s easier to tattle on something you’re experiencing on a daily basis. Of course, death is a handy topic too but being alive is the biggest reality. Trying to sprinkle some gyan about life is an intriguing exercise. It may make others go “You need to get a life!” or something in that line but trust me, they don’t say anything to your face and whatever they think in their empty head is their own personal business. Whatever. I can even bet that almost each one of us spew philosophical nonsense on life, knowingly or unknowingly. It’s like a validation of all the time you spent on this lonely planet. 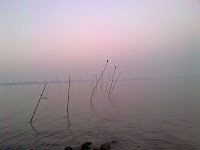 Interestingly, we refer to life as a third person. Most of the words we use to describe it is inspired from songs we hear, dialogues we rote on screen, news we read and stories and poems we learnt as a kid. Yes, not to deny that considerable amount of it is based on personal inexperiences, too. Situations vary. Expressions vary. For example, when we are happy, we don’t jump around thanking our life for being so kind and shit. The same reaction isn’t true when unfavorable events take place. Why me? How unfair! FML!...... follows. Needless to say, life is exaggerated so it’s quite normal to see its nuances pumped up via words. I

Almost everyone’s ultimate dream is to lead a perfect life. It could be for anything – love money, fame, peace, industry, benevolence, etc. In truth, very few pursue this relentless dream as the idea of perfection is hard to overcome. For the rest of us, talking helps. Hearing your voice may be the easiest task but that’s when reality kicks you in the balls. The thing is, our approach towards life is totally different from the way life approaches us. We are like life’s guinea pigs. Most of us have no clue what we want to do with our lives. Some do. But the worst are those who know exactly what they want to do but are doing nothing about it.

Moreover, there is no dearth of words of wisdom when it comes to how you should live. That’s how it is.

After reading this, you must be cursing “You need to get a life!” to me. Fair enough. If I had the kind of life I wish I had, I wouldn't have been bothering myself with this stupid blog either.

Posted by Shakti_Shetty at 10:38 AM 7 comments: Links to this post

Since I’ve got absolutely nothing to blab on, I’ll try my bad luck with stories. Like you know, stories go back a long time. For most of us, our grandmas held the password to the magical world of endless tales that kept us engrossed when we were less-stupid little kids. And then one day you grew up and stopped paying heed to impossible fibs. In simpler words, you became a part of your own story called Life. You were the main character, for a change. Of course, you realized every now and then that you weren’t cut-out for the part but still you carried on with it. Needless to say, you often wondered, “How the heck did I bag this role?” So you started looking around and acknowledged the fact that this whole world is an exotic stage and we are all mere hams, diligently trying to act professional, ad-libbing every now and then to add a twist to the script. But in the end, you get a story to call your own. 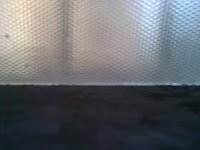 No matter where you come from, you always carry some f-ed up story with you. These stories, so to narrate, are mostly based on personal inexperiences and utter disregard to consequences. That’s exactly what makes it so damn captivating – its raw unpredictability and undeniable authenticity. Somewhere down the line, we learn that our story can’t be perfect the way they show in movies. Our stories are basically sad, to be frank. We love melancholic drama and not even attempt to get tired of it. Maybe this is the reason why our stories mostly turns out very hospitable to tears and warms heart. Luckily, a fortunate few find the silver smiling lining amid this charade and laugh their heart out at the trivialness of breathing. And some join in the laugh riot.

This story we’re talking about here is alive. It has procreative gifts. For instance, it can give rise to spiteful rumours, adulterated anecdotes and misquoted quotes, too. Far from being dead words, this story is life itself. It may so happen that once in a while, life may abandon you and digress towards loneliness, lethargy, maudlin and other such inviting corner. Despite this interlude, the story goes on.

The search never ends nor the hide-and-seek routine. Just for a story’s sake.

Posted by Shakti_Shetty at 6:51 AM 7 comments: Links to this post

Chancing on a Change!

If you ain't living on some deserted island or in deep Amazon, there is a pretty good chance you'd be nodding to the fact that something is brewing in Egypt, or should I say in Arab world, at large. They say it is history in the making or a dictator in the breaking. The experts believe epic events like these don't take place often. Well, the people in the know love to dig past, analyze present and predict future. That's their job. But one intriguing word is doing the rounds – Revolution.

People love revolution. Everyone desires a change even at the price of not knowing what exactly that change is all about. Give them an affable leader and a common enemy and then lo and behold. The emotions will unfold on streets, the very place where we're expected to do the very opposite. Every single time the media flashes pictures of people gathered on a city square, you can feel euphoria, anguish, hope, ecstasy, all served on a single plate. You see a crazy crowd shouting slogans, waving flags, pelting stones, burning vehicles and everything that isn't within the definition of civility. And yes, do note that revolution almost never takes place in rural areas!

The chaos that promptly spills on roads actually begins with a society. We, being the herds that we are, love to let society guide us in spite of knowing perfectly well that human society is a failed experiment. One of the biggest reasons why it flunked lies in our inherent selfishness. Small wonder we ended up here, deservedly though. We belong to the kind that not only hunts on full stomach but also qualmlessly boast about it. We don't have to travel far to know what I'm blabbering about. Just take a look at your place. The place you like to call your home. Make a list of all the stuff lying there that isn't of any use to you but it is still there, nonetheless. It could be anything from the clothes you don't wear anymore to the food that gets wasted every single day. The bottom-line is we are neck deep in materialism. The concept of sharing with the less-privileged never kicks in. After all, we are busy 'getting ahead in life'. This is where society fails abysmally and such imbalanced societies proceed to give birth to so-called revolutions. History reeks of struggles where collective human suffering was the winning difference.

Now, the daunting question is who do we want to change – the society or self? The simpler choice would be changing the society. People have being doing that aeons now – trying to change others. The more difficult task would be changing oneself voluntarily. It's high time we washed off this thick coat of want and get a better sense of other's pain and misfortune.

Coming back to the breakthrough happenings of North Africa, let's hope this time it's a revolution for real, not political checkmate or a religious knockout. Revolutions always leave behind its share of ignominy. In fact, the only revolution that passes off without any controversy is the one our planet takes around the sun.

Posted by Shakti_Shetty at 8:34 AM 7 comments: Links to this post